As Las Vegas is added to the calendar for 2023, more 2022 tickets sell out and doubts are raised over the future of the Saudi Arabian Grand Prix. Here’s a round-up of all the latest Formula 1 calendar news.

Formula 1 will head to Nevada for the Las Vegas Grand Prix in November 2023. The race – set to take place on a Saturday night – will utilise the famous Las Vegas Strip, passing the famous Bellagio fountains and the Caesars Palace Hotel, the parking lot of which was the venue for F1’s last visit to Vegas in the 1980s. 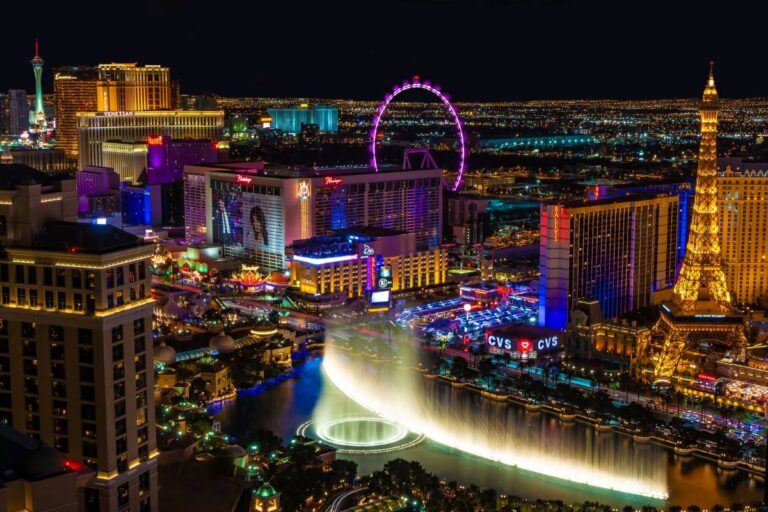 The Las Vegas Grand Prix joins the Formula 1 calendar on an initial three-year deal, but hopes are high that the race can become the sport’s flagship event. In addition to races in Miami and Texas, Las Vegas will be one of three Grands Prix in the United States on next year’s calendar.

The 2022 Saudi Arabian Grand Prix attracted global headlines when an oil facility near Jeddah Corniche Circuit was the target of a missile attack on the opening day of practice.

Despite deliberations between senior F1 figures and the drivers, the race weekend continued. However, doubts have been raised over the future of the Saudi Arabian Grand Prix following the incident, with Aston Martin Team Principal Mike Krack saying there will be “a lot of discussions” between the teams, drivers and F1. Before the Saudi Arabian race weekend, it was reported that Jeddah Corniche Circuit was set to continue hosting the event until 2025. While the Saudi Arabian Grand Prix’s contract is believed to be a decade or longer, it was widely expected that the event would move to a custom-built circuit in Qiddiya within the next few years.

The season-opening 2022 Bahrain Grand Prix attracted a record crowd. 35,000 fans were in attendance on race day at Bahrain International Circuit, 2,000 up on the previous record set in 2019. In the first Bahrain race to welcome fans to the circuit since the beginning of the coronavirus pandemic, race organisers reported a 50% increase in international visitors.

US, Mexico tickets on sale – and sell out

Tickets for both the 2022 United States Grand Prix and the 2022 Mexico City Grand Prix have gone on sale in the past month and both events sold out within days of tickets being available. Further tickets for the Texas race have since been made available, coinciding with the announcement of this year’s headline acts – Green Day and Ed Sheeran. Meanwhile, hospitality packages from F1 Experiences remain available for the Mexico City Grand Prix.

News also came this month that tickets for both the Spanish Grand Prix in May and the Hungarian Grand Prix in July have sold out.

The Singapore and Japanese Grands Prix are the only other races on the 2022 calendar for which tickets are not yet on sale.

The first phase of renovation work at Circuit de Spa-Francorchamps has been completed. The renovations are one of the major factors which Belgian Grand Prix organisers hope will secure the race’s slot on next year’s Formula 1 calendar. The Belgian Grand Prix’s current contract ends in 2022 and Circuit de Spa-Francorchamps is one of four circuits which is at risk of falling off the calendar at the end of the year. While F1 CEO Stefano Domenicali says that traditional circuits are not secure on the calendar due to heritage alone, Spa circuit boss Vanessa Maes says she “firmly believes” that a new contract will be signed “for several years”.

This year’s Belgian Grand Prix attendance is currently capped at 100,000 per day – a figure which race organisers say is close to being reached.

Other F1 calendar news in brief:

Are you attending a Grand Prix in 2022? Leave a comment below!