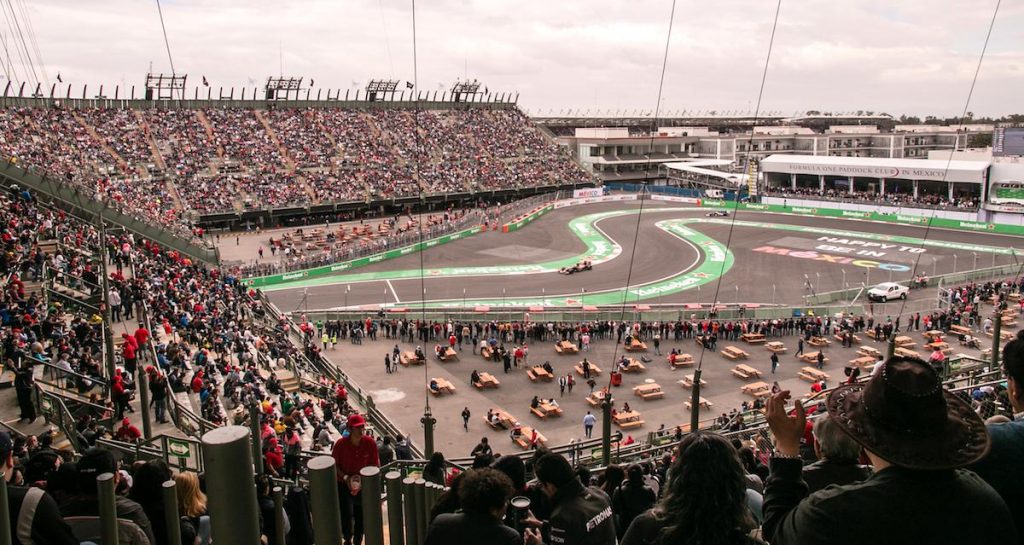 This guide will be fully updated when the event schedule is available, normally around one month before race weekend. In the meantime, most of the information below remains relevant.

Already a sell out for the fifth straight year (and confirmed until at least 2022), the Mexican Grand Prix offers some of the best trackside atmosphere on the entire F1 calendar. The weekend kicks off with an F1 drivers’ autograph session and other activities at the track from 16:00 on Thursday. In addition to more than 6 hours of on-track F1 action, the 2019 Mexican Grand Prix timetable features Formula 4, Porsche Supercup and Panamericana Series racing, all of which stage practice, qualifying and at least one race throughout the weekend. For the third year in succession, a big-name DJ will take to the podium after the race has concluded. DJ Tiësto, a Dutch progressive house music DJ and producer, will be playing a set straight to close out the weekend.

An autograph session with the F1 drivers is normally held on Thursday from 16:00-17:15. The 2021 Mexico City Grand Prix schedule is not yet available, but we’ve left the 2019 schedule below for information purposes.

Been to Autodromo Hermanos Rodriguez? Leave a comment with your trackside tips!