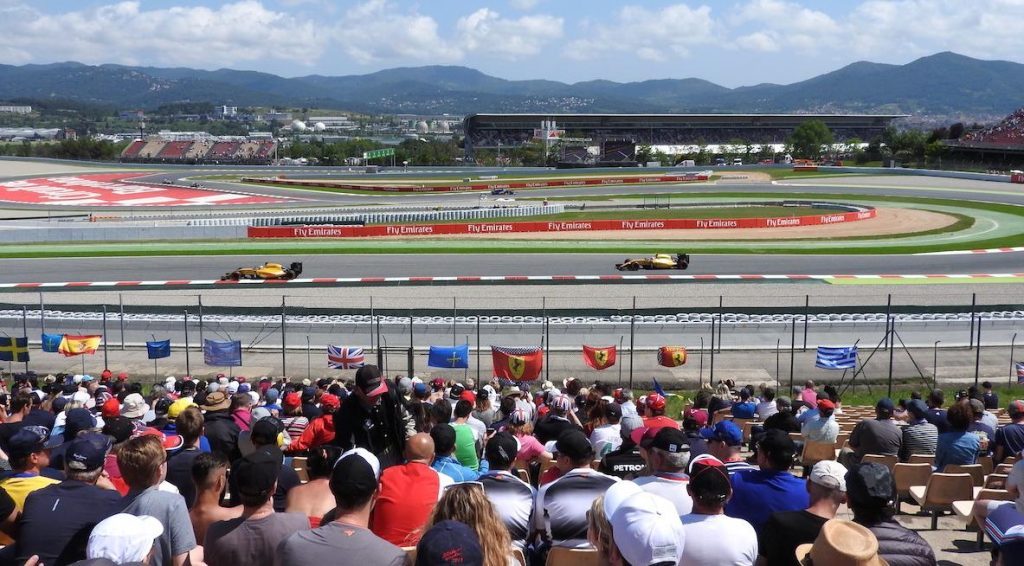 Your guide to buying tickets and the best places to watch the action at Circuit de Barcelona-Catalunya for the 2022 Spanish Grand Prix on May 20-22.

The 2022 Spanish Grand Prix race will be the 32st consecutive running of the event near Barcelona – an event that was in danger of losing its place on the calendar a few years ago but has now had its F1 contract extended until at least 2026. We are big fans of Circuit de Barcelona-Catalunya, which offers panoramic views from most grandstands and one of the best General Admission offers on the calendar.  Ticket prices are reasonable compared to other races in Europe, with 3-day General Admission access priced at €145 and 3-day grandstand seats priced from €245-445. In 2022, the Spanish Grand Prix is paired with the Monaco Grand Prix one week later; the two circuits are separate by only 600km, making for a great F1 road trip! 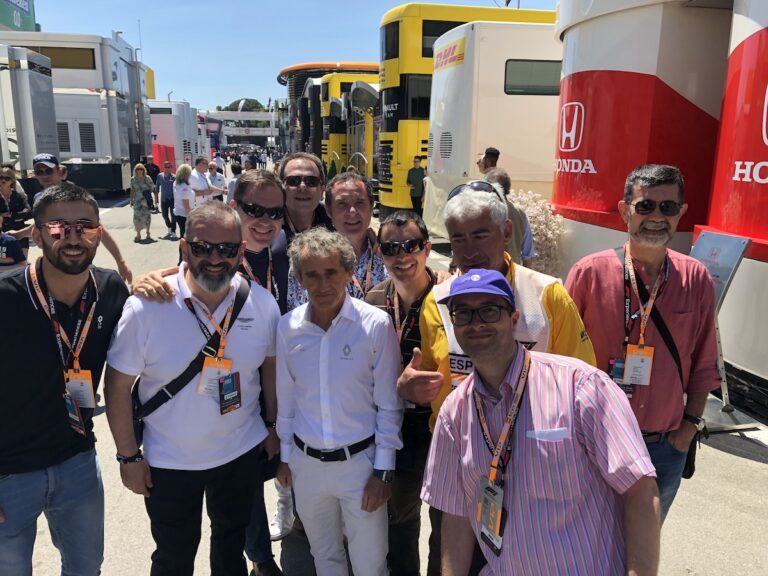 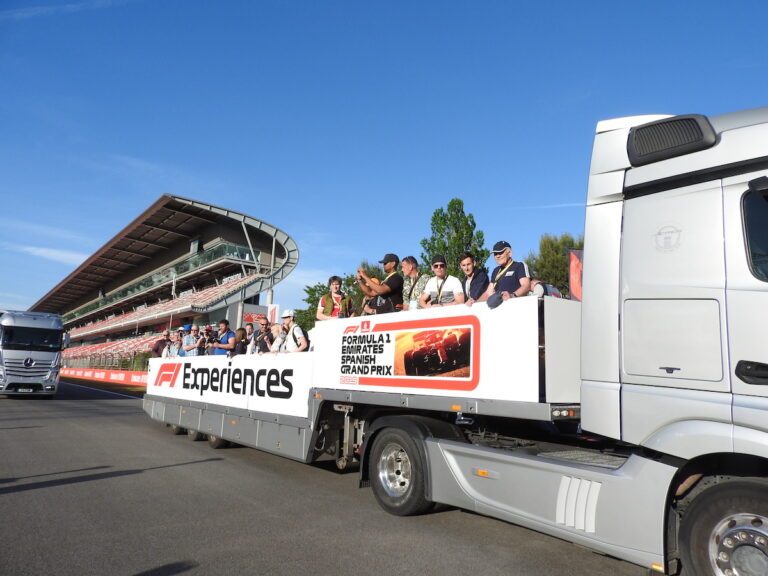 Get closer to Formula 1 in Spain with an Official Ticket Packages from F1 Experiences. Choose from grandstand seating (Main, G, N grandstands) or get access to all-inclusive hospitality in the Champions Club or Formula 1 Paddock Club. Insider access at the track includes an Exclusive Pit Lane Walk, Guided Track Tour, appearances by F1 drivers and access to the F1 Paddock. 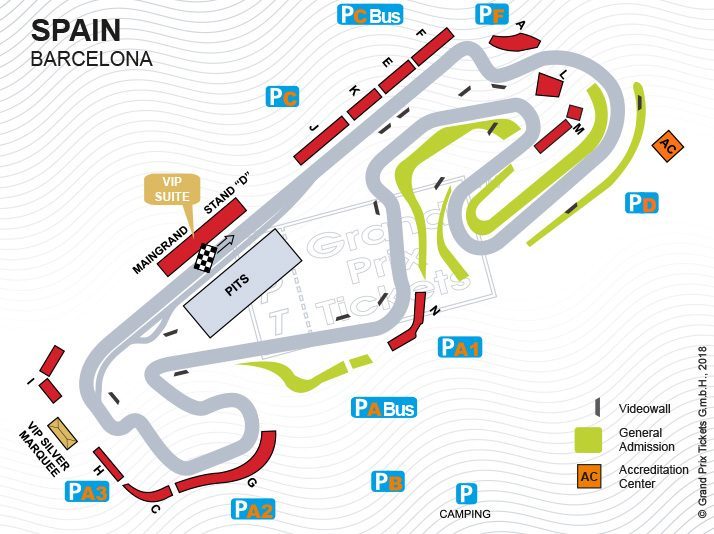 We recommend buying your tickets for the 2022 Hungarian Grand Prix from our preferred supplier Grand Prix Tickets (GPT).

The covered Main Grandstand (Grandstand D) seats 10 000 spectators. Tickets are no longer divided into lower and upper tiers with differnt prices. Go for higher row tickets, which offer not only a view of the start/finish straight and pits, but also panoramic views of large portions of the lap. Behind the stand is the F1 village with merchandise and lots of food and drink stalls.

Grandstand G, which can seat up to 10 000 fans, is one of the largest stands at the cirucit. The G seats offer a good view of the entire stadium section from the exit of the La Caixa hairpin through to the Europcar corner. Recommended! View another grandstand G video taken from Zone 22.

Grandstand B  – now a single-day ticket grandstand – is located in the stadium section at Circuit de Catalunya. It offers a view of turns 10-13. In terms of budget stands, we prefer instead Grandstand J on the Eastern side of the track.

Grandstand E is located close to the first Elf corner at the end of the pit straight where the cars brake heavily and there are good overtaking opportunities. Similar to Grandstand F adjacent, E also provides a good view of turns 5 to 7 on the opposite side of the track.
Grandstand N is the only grandstand in the Western zone of the circuit, which is dominated by General Admission areas. It is located on the Campsa corner and offers a view of the cars from the Wurth corner through Campsa and then down the back straight. 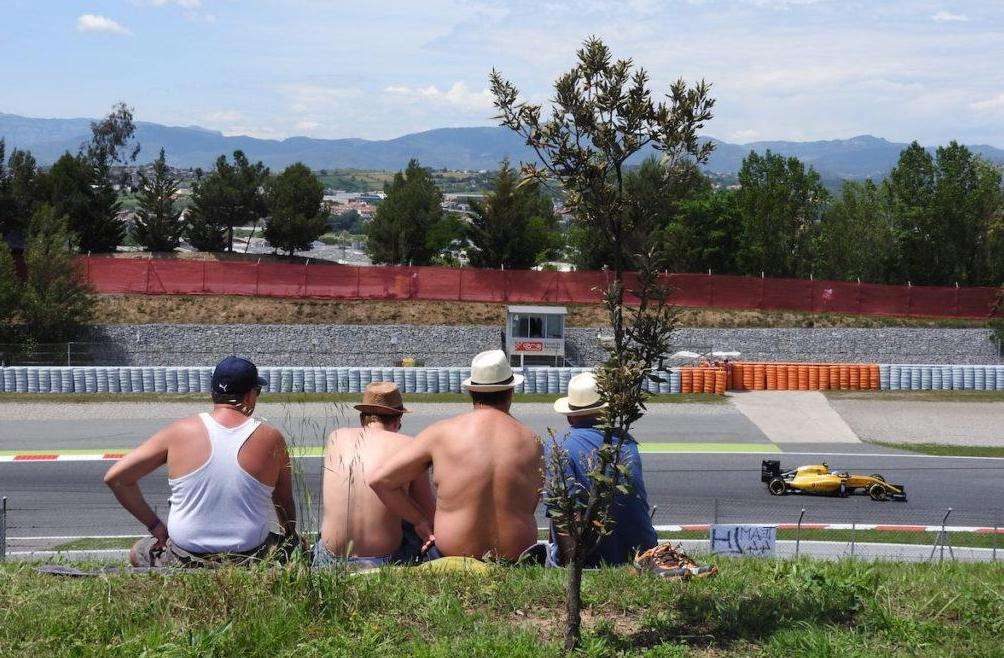 The unique natural amphitheater layout of the Circuit de Catalunya provides plenty of raised viewing areas and making one of the best General Admission experiences of any race on the current F1 calendar. If you have bought a General Admission (Pelouse in Spanish) ticket, you should also be able to benefit from “Free Friday” (not yet confirmed for 2022) when you are also allowed to sit in any grandstand you wish (with the exception of the single-day grandstands; B, E & N).

There are six General Admission viewing areas at Circuit de Catalunya, mainly located in the Southern and Western track zones (refer to the circuit map). General Admission ticket holders in Spain also benefit from eight big screen TVs. The most popular General Admission area is the hill between turns 6-8. It gets busier as the weekend progresses; you will need to reserve your spot early for qualifying and the race.

Been to the Spanish Grand Prix? Leave a comment and tell us about your experience!