Learn about the history of the Spanish Formula 1 Grand Prix at the Circuit de Barcelona-Catalunya.

The Spanish Grand Prix, first contested over 100 years ago, is one of the oldest motor races in the world. Held frequently throughout the early 20th century, the race was hosted on numerous occasions at the Circuito Lasarte until the outbreak of the Spanish Civil War. The event returned at a new circuit, Pedralbes, in the 1950s. Since 1967, it has retained a spot on the Formula 1 calendar at a variety of venues including Jarama, Jerez and since 1991, the Circuit de Barcelona-Catalunya outside Barcelona.

Circuit de Barcelona-Catalunya is also regularly used for winter testing, meaning the drivers and teams know the track very well. The Spanish Grand Prix looked set to fall off the calendar in 2020, but its immediate future has been secured thanks to a cash injection from the local government. While the longer term future of the event remains in doubt, Carlos Sainz’s move to Ferrari in 2021, and Fernado Alonso’s return to the sport, is likely to boost spectator figures.

The 2020 Spanish Grand Prix, originally scheduled to take place in May, was pushed back to an August date due to the coronavirus pandemic. The event was one of many in the 2020 season to take place behind closed doors. The race itself was won in dominant fashion by Lewis Hamilton, who took a fourth consecutive victory at the track.

The Spanish F1 Grand Prix was a favourite of Michael Schumacher, who won the race six times in the late 1990s and early 2000s. Other multiple winners include Jackie Stewart, Mika Hakkinen, Nigel Mansell and Alain Prost, each with three wins apiece. In recent years, the spoils have been more evenly divided. In fact, between 2007-2016, the Spanish Grand Prix was won by ten different drivers! That goes some way to explaining why only three of the current crop of F1 drivers have more than two wins at the circuit. Kimi Raikkonen (2005, 2008) and Fernando Alonso (2006, 2013) have each scored two wins here in their careers, while Lewis Hamilton is the only driver on the current grid to have won the event five times (2014, 2017, 2018, 2019 and 2020).

Fernando Alonso is Spain’s only Formula 1 champion. He won on home soil three times; twice at the Spanish Grand Prix at the Circuit de Barcelona Catalunya in 2006 and 2013, and once at the Valencia Street Circuit in 2012. Attendance figures soared at the height of Alonso’s success. Read more about Spain’s Home Race Heroes here. 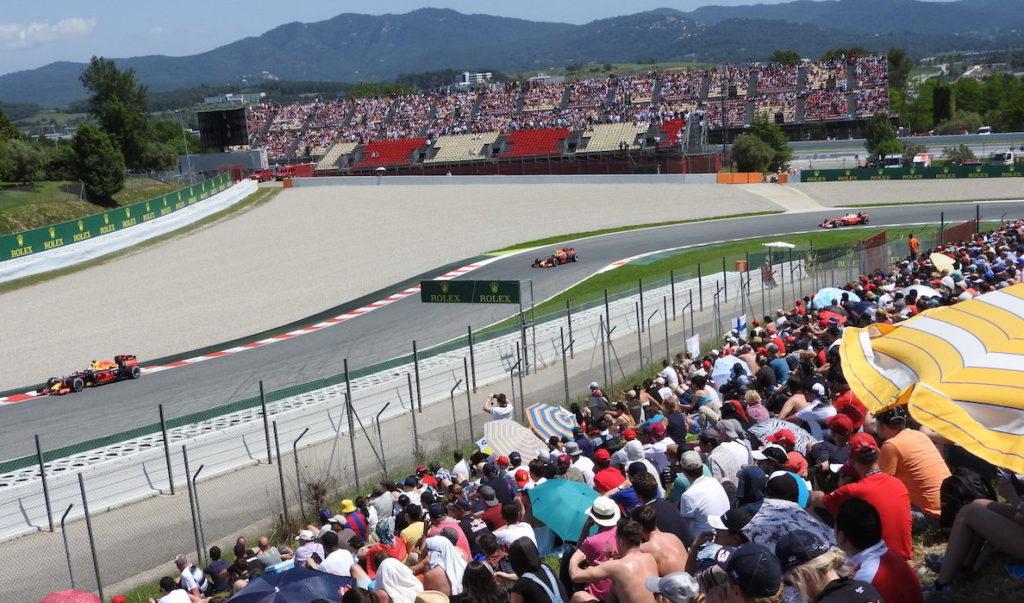