No American driver or engine supplier. Live broadcasts in the very early morning or late at night. It’s tough being an American F1 fan. At least there’s a Grand Prix in the USA, but even that has a question mark over it’s future. What’s wrong with the relationship between American and Formula1? Charlie White investigates.

There’s an old saying about American F1 fans; ‘too dumb for opera, too smart for NASCAR.’ Formula 1 has always been a niche motorsport in the USA, dwarfed in popularity by low-tech NASCAR and America’s homegrown open-wheel series, IndyCar. Many stateside motor racing fans just don’t see the point of F1 and American manufacturers would seem to agree. F1 supremo Bernie Ecclestone has recently been quoted as saying he would like to see six American races on the F1 calendar. This seems preposterous considering that this huge and important market is struggling at present to keep the one race that it does have.

The United State Grand Prix has had many homes since the advent of the modern World Championship in 1950. In the early years, the Indianapolis 500 was part of the Formula 1 calendar, though it didn’t actually feature many European entries. Watkins Glen, which held the race for 20 years from 1961-1980, was perhaps the most well established venue. The period from 1976-1984 even featured two American rounds (and three in 1982!). Since then, we have seen a succession of largely unsuccessful street circuits, a return to Indianapolis – which started well but ended acrimoniously – and many barren years with no F1 race at all. It’s only in the last few years that the race has been re-established, this time at the purpose-built Circuit of the Americas (COTA) in Austin, Texas.

When the sport returned to the USA (after a 9-year gap) for the USGP at Indianapolis Motor Speedway in 2000, it was the first time an F1 race was broadcast live on a major television network in decades. Almost 190 000 fans showed up for the inaugural race. While that may sound impressive, it’s nowhere near the capacity of the brickyard, which regularly sells out its almost 500,000 seats for the annual Indianapolis 500. The track on F1 weekend looked almost deserted on television with huge, empty grandstands in the background.

Fast forward five years and F1 spat in the faces of American fans with what is widely considered the ultimate low point of modern F1, especially in the USA. Just six cars competed in the 2005 USGP after the Michelin-shod teams withdrew from the race over safety concerns. When the track could not secure a title sponsor for the race, it was dropped from the F1 calendar after 2007.

The last great F1 driver from the USA was Mario Andretti, who won the Championship in 1978. Since then, it’s been slim pickings. Scott Speed spent two years at Torro Rosso in 2006-2007 with little success, whilst the talented Alexander Rossi drove 5 races last year for backmarkers Manor, but failed to secure a drive for 2016.

There is no American manufacturer in the sport, despite the relative attractiveness of the present hybrid V6 race engine specifications. Ford is one of F1’s hallowed names, a marque that made history with their famed Ford/Cosworth DFV engine, which virtually every team (with the exception of Ferrari) used at some point between 1968 and 1994. General Motors has no interest in F1; it’s just too esoteric and expensive. Chrysler is no longer an American brand since it was taken over by Fiat.

Three of the four present F1 engine makers sell cars in the United States; it’s the biggest market outside their home countries for Honda and Mercedes-Benz, and Ferrari sells 65% of its cars stateside. They should be the sport’s best promoters, but that is not the case. Honda prefers to focus its advertising on its long-running IndyCar affiliation and whilst Mercedes-Benz does show off its championship F1 cars in some of their advertisements, it is also perceived as a niche luxury brand in America. Renault doesn’t sell its own cars in the USA, although it does promote their Infiniti brand in the states via F1 (the Infiniti sponsorship moved from Red Bull to Renault in 2016). Haas to the rescue?

The arrival this year of the Haas Team, the first American team in the sport since the mid 1980s, may provide the greatest hope for future F1 success in America. The team is led by Gene Haas, a name familiar to NASCAR fans through his co-ownership of the Stewart/Haas racing team. Americans love an underdog and the Haas team may be the biggest since the U.S. hockey team in the 1980 Winter Olympics. With point-scoring finishes in two of the first three races in 2016, the signs are promising. 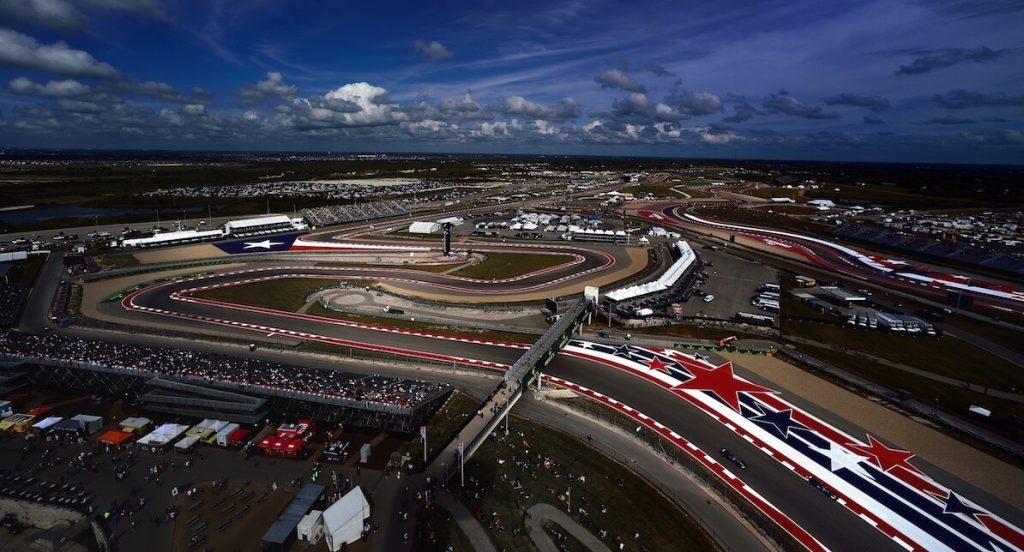 Future of the US Grand Prix

Since rejoining the calendar in 2012, the United States Grand Prix has been well supported by local fans at Circuit of the Americas, though attendances have fallen off each year. The return of the Mexican Grand Prix hasn’t helped and last year’s torrential storms on Grand Prix weekend were just plain bad luck. For a while, it looked like COTA would be joined by a new event, the Grand Prix of America in New York. But this race, which was to be staged from 2013 on the Port Imperial street circuit in New Jersey, was a victim of lack of funds. Bernie Ecclestone has also been talking up a return to Las Vegas and rumors of other American races in the pipeline surface from time to time.

Everyone in the sport wants the USGP to stay on the schedule and Austin is a popular city. Despite the sport’s current troubles, American F1 fans continue to follow Formula 1. It is a fractured relationship that can be repaired, but time is running out.