Formula One in Europe: it’s complicated

At 21 races, this year’s F1 calendar is the longest on record. The sport is travelling to new destinations and opening up markets in the Middle East, Asia and Latin America, but where does this leave the sport’s traditional fan base in Europe?

It’s easy to point to examples like the absence of the French Grand Prix (last held at Magny Cours in 2008) or the under-threat Italian Grand Prix at Monza as evidence of F1 being in trouble in its traditional European heartland. Yet the 2016 calendar still features ten races in Europe (only eight if you refuse to accept Baku and Sochi, even though they are technically located within the geographical borders of Europe).

That’s still more than the first year of the World Championship in 1950, though six of the seven races were located in Europe. (The seventh race was the Indianapolis 500 in the USA, which didn’t attract any entries from Europe at all.) Of those six races, four – Monaco, Silverstone, Monza and Spa – are still a part of the current F1 calendar. Considering the changes the sport has undergone in the past 65 years, this is quite an achievement.

Has Formula 1 fallen out of love with Europe?

It could be argued that F1 is already in better shape in Europe than just a few years ago; only seven races out of nineteen on the 2013 calendar were staged in Europe, yet we are back up to ten this year. The Austrian Grand Prix returned in 2014 and the German Grand Prix is back after a one-year hiatus, but it remains to be seen if the local fans will come out and support the event more than last time. We even have the return of the ‘European Grand Prix’ this year, though in an unlikely location on the streets of Baku, the oil-rich capital of Azerbaijan.

The European F1 calendar has in fact been relatively stable over the past 30 years. Not counting the ‘European Grand Prix’, which has been held at a variety of locations, the ‘only’ circuits in Europe lost to Formula 1 during that period have been in San Marino, France, Portugal and the Netherlands. These have been offset somewhat by the addition of Hungary (back in 1986) and more recently, Russia. The European F1 season is traditionally staged back-to-back between May and September (with just one trip to Canada in June), and many of the classic tracks have retained a remarkably stable date on the calendar in recent years.

Has Europe fallen out of love with Formula 1?

It’s no secret that there are plenty of discontented F1 fans out there at the moment, not only in Europe. The rules are changing too often, the sport is moving from free to pay TV in many markets around the world and the threat of losing more ‘classic F1 tracks’ from the calendar is real. Despite many countries in Europe doing it tough economically and F1 ticket prices remaining much higher than they should be, fan attendance numbers at European races remain relatively strong in most destinations. The TV viewing numbers are down, but this doesn’t tell the whole story, as many younger fans are streaming races online.

This year’s record-breaking calendar is three times longer than the first in 1950. Most of the recent growth has been in the Middle East and Asia, markets where (mostly) oil-rich governments are more able to afford the rising fees payable to F1’s commercial rights holder for the privilege of holding a race. The hefty sanctioning fees are one of the biggest challenges facing race promoters in Europe (apart from in Monaco, the only race which doesn’t have to pay). Circuit owners cannot count on government support for their event, which means they need to turn to other means to pay the bills. It’s no surprise that the fans end up paying more for their tickets. 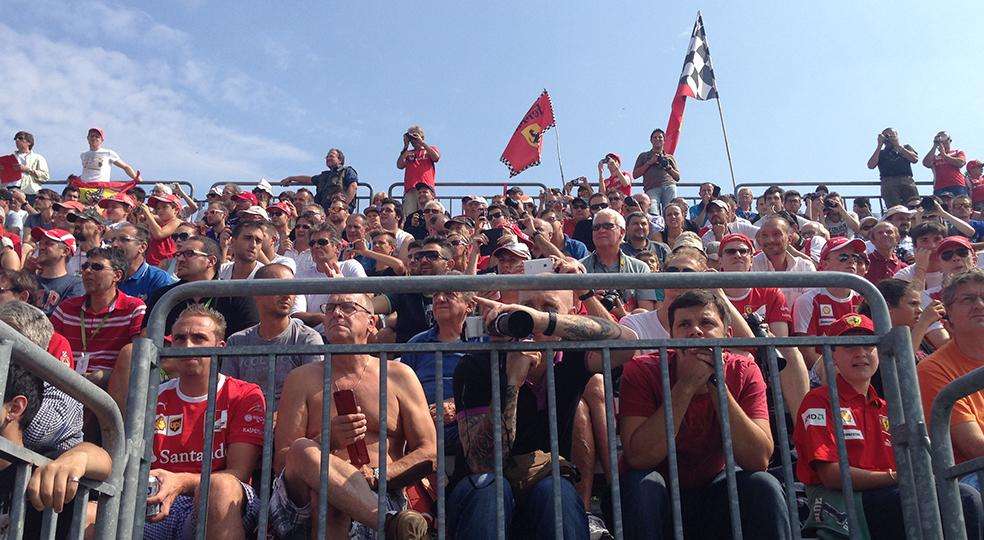 Perhaps a bigger issue is that motor racing in general has become too much of a niche in most European countries. Even if F1’s commercial rights holder was to reduce sanctioning fees, it may not be enough. Take France, for example. The Le Mans sportscar event is in healthy shape, the country’s marques have dominated the World Rally Championship for over a decade and they still have the Monaco Grand Prix within French borders. Is the demand even there for the return of the French Grand Prix? When Europe’s financial powerhouse fails to find backing for the German Grand Prix, one wonders whether the interest in F1 is still strong enough to justify the cost of the race.

European governments don’t seem that keen on F1 any more. With struggling economies, their priorities have shifted to greener initiatives like bike sharing schemes and developing public transport networks. In this environmentally friendly environment, it’s not a surprise that the new Formula E series has attracted strong support in Europe, with five of this year’s eleven rounds taking place on European capital street circuits.

The only reason why a new F1 race could be feasible in Europe is by generating new jobs or revenue. F1’s commercial rights holder could help the economics by lowering prices, but why would they do this when there’s more money to be made elsewhere?