Canada the most attended F1 race in 2017

Formula 1’s new owners have published official attendance figures for the 2017 season, which show an 8% year-on-year increase. Canada was the most popular Grand Prix weekend, with 360,000 fans through the turnstiles.

Over 4 million fans (an average of 203,570 per race) attended an F1 weekend in 2017. It should be noted that these numbers represent total attendance over the whole weekend, not unique attendees. Many fans attend all three days and are thus counted three times in this calculation. The average race-day attendance of 76,722 gives a clearer picture of the average number of unique spectators that each race attracted in 2017. This compares favorably with another popular global sport, football. The average attendances at UEFA Champions League matches in 2017 was 43,016 and the average for the 2014 World Cup in Brazil was 53,591.

Sean Bratches, Managing Director, Commercial Operations at Formula 1 was quoted as saying: “The 2017 season was a great spectacle, on and off track, thanks to drivers, teams and, most of all, fans, the beating heart of our sport. An attendance of more than 200,000 per event means that for 20 weekends per year, the population of a medium-sized city visits a race track to watch to a Formula 1 Grand Prix. Our duty is to make each of these events even more entertaining to unleash what is the greatest racing spectacle on the planet.” 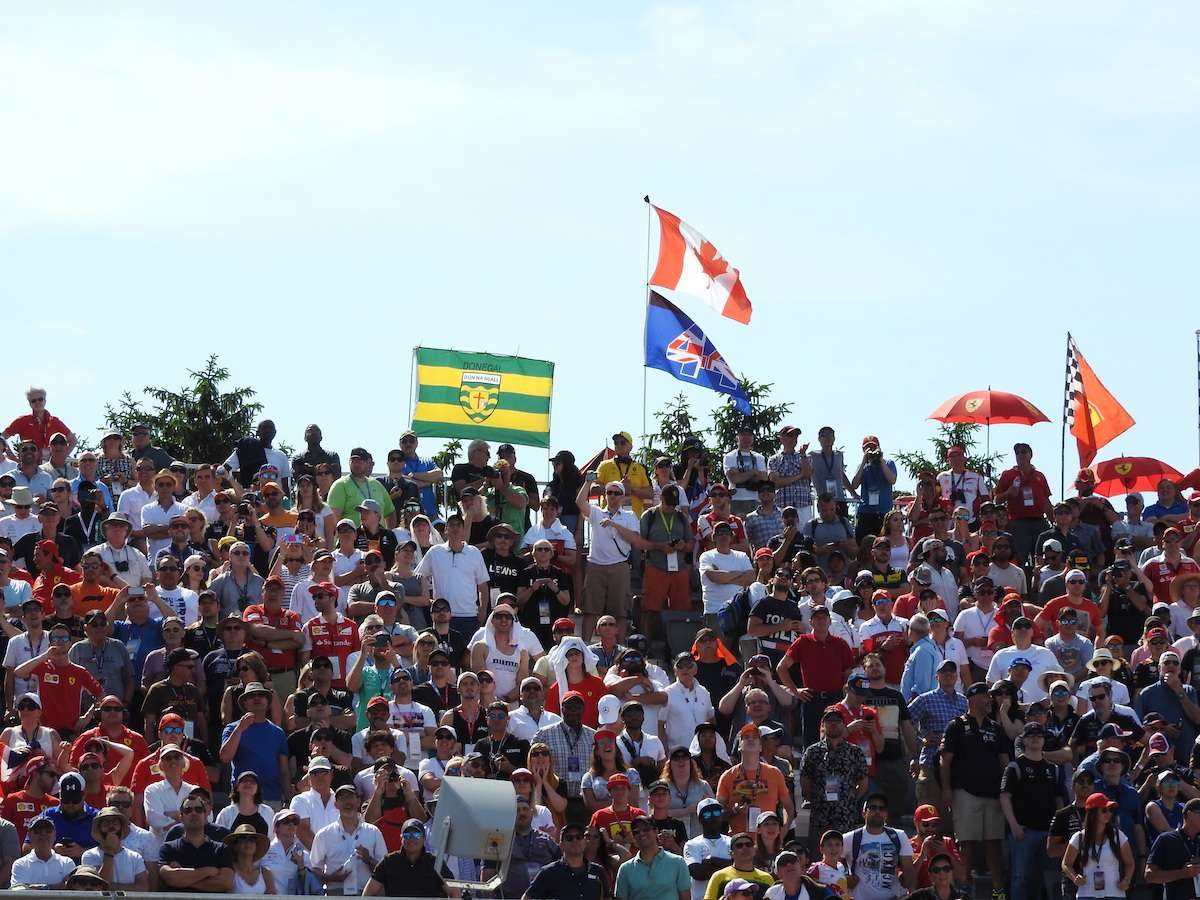 The Canadian Grand Prix in Montreal was the most attended race of 2017 with a total of 360,000 fans going to Circuit Gilles Villeneuve on Grand Prix weekend, an increase of 60,000 over 2016. The race celebrated its 50th anniversary in 2017 and local fans also came out in force to support their new homegrown hero, Lance Stroll. Great Britain and Mexico round out the top three as the only other races to attract over 300,000 fans over the weekend. At the other end of the scale, the Azerbaijan Grand Prix in Baku was the least attended race on the calendar with just over 70,000 fans attending the race weekend. Nevertheless, this was an increase of 138% over the race’s debut weekend in 2016 as more seating capacity was added at the Baku City Circuit. Bahrain was the second least attended race in 2017, attracting 93,000 weekend spectators. 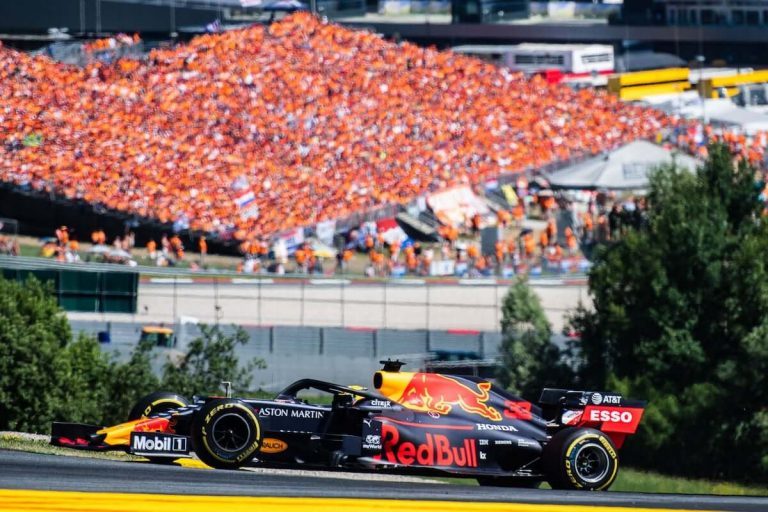 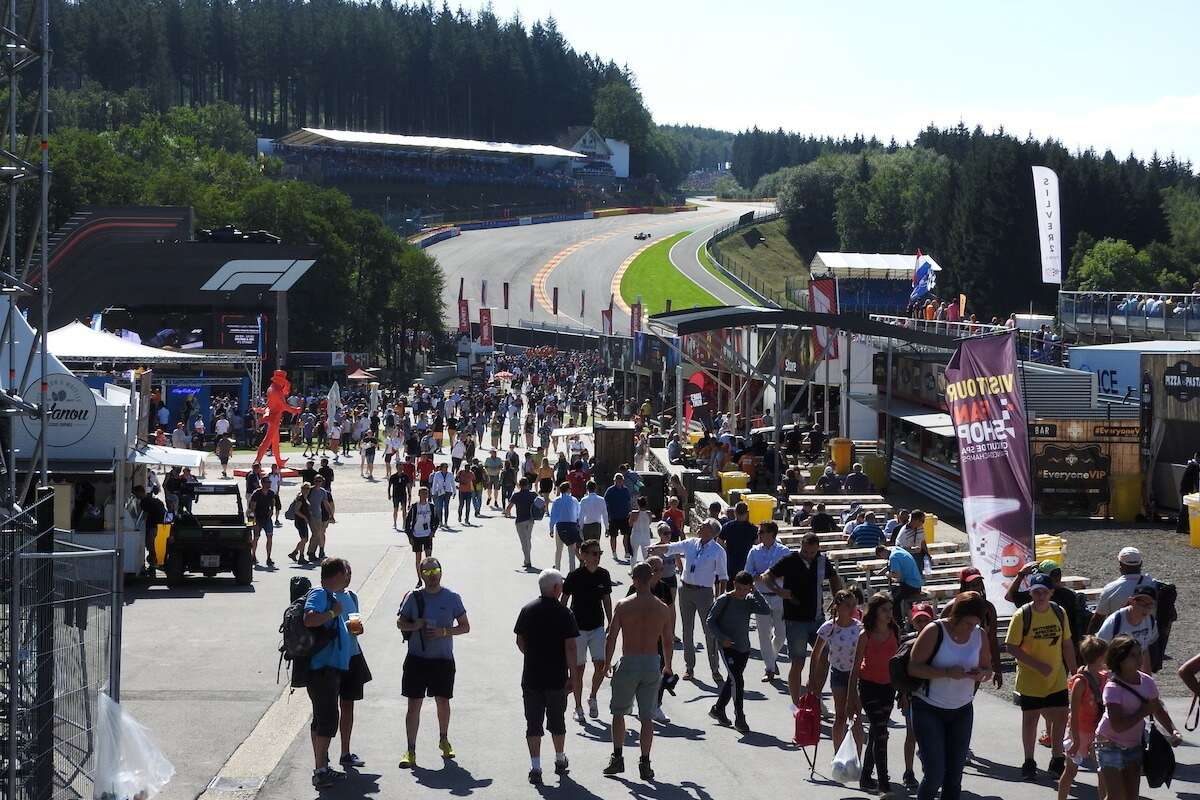 Some of the biggest gains in recent years have been experienced at the sport’s traditional European venues. Much of this can be attributed to fans from the Netherlands who travel to support local hero Max Verstappen. The “orange army” was a fixture at most races this year, but especially in Belgium, Italy, Austria and Hungary, all of which experienced solid increases in attendance. Especially noteworthy was an increase of over 70,000 fans at the Red Bull Ring. Sadly, the Dutch fans had a ringside seat for their hero’s first corner exit from the Austrian Grand Prix. A 20% reduction in ticket prices in Hungary may also have contributed to the 13% increase in fans going to the Hungaroring this year.

Whilst the overall trend in 2017 was positive thanks to new regulations, there is still bound to be some concern for the sport’s commercial rights holder going into 2018, especially around the introduction of the halo safety device, which has angered many diehard fans. There is also the issue of high annual contract fees putting the future of some of the most popular races on the calendar in doubt, notably the British Grand Prix. In addition, F1 ticket prices remain high when compared to other sporting events. Attendances at the returning French and German Grands Prix will also be monitored closely in 2018 as Liberty Media weighs up the introduction of more new races to the calendar in coming years, especially in North America.

What factors are important to you when deciding when to attend an F1 race? Leave a comment below.