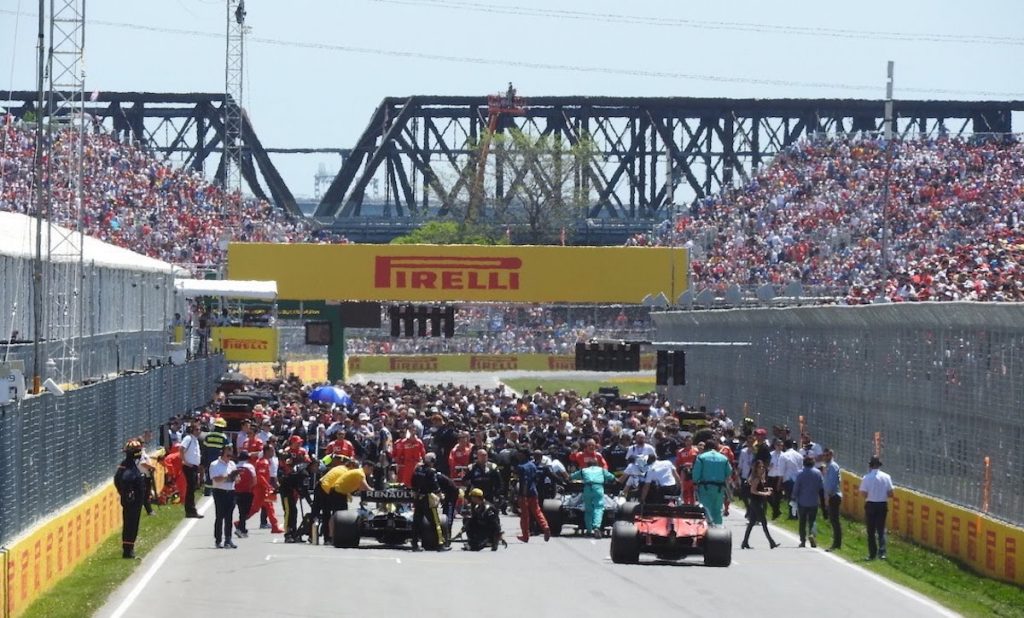 Learn about the history of the Canadian Grand Prix, which has been held at Circuit Gilles Villeneuve in Montreal since 1978 and has delivered many memorable moments over the years.

Formula 1 has a rich tradition in Canada stretching back to 1967, when the country first hosted a round of the World Championship. For the first ten years, the race was held at Mosport Park in Ontario (8 races) and Circuit Mont-Tremblant (2 races), before safety concerns saw the event move in 1978 to its current home on a man-made island in the St Lawrence river in Montreal. Originally called the Île Notre-Dame Circuit after the island on which it is located, the track was renamed in 1982 after the tragic death of home-grown hero Gilles Villenueve, who won the inaugural 1978 race at the circuit in a Ferrari.

The island on which the circuit is located also hosted the World Expo in 1967 – the most distinctive reminder of which is the Biosphere dome, now an environmental museum.  Île Notre-Dame was also the scene for rowing and canoeing events at the 1976 Montreal Olympics. Both Île Notre-Dame and neighboring St Helen’s Island are part of Parc Jean Drapeau, a recreational space which is popular year-round with locals.

Since its debut in 1978, the Circuit Gilles Villeneuve has only been absent twice from the F1 calendar, most recently in 2009 when contractual issues saw the event lose its place to Abu Dhabi. In March 2017, the organizers signed a new contract with the Formula 1 Group that will see the race remain on the calendar until at least 2029.

The last corner at Circuit Gilles Villeneuve (turn 13) is a tricky chicane which leads on to the start-finish straight. It has become known as the Wall of Champions due to the number of F1 greats it has caught out over the years. The list of drivers to have had accidents at turn 13 includes Michael Schumacher, Damon Hill, Jacques Villeneuve, Jenson Button and Sebastian Vettel. In March 2017, it was announced that the wall would undergo modifications ahead of the next race, as it was deemed too dangerous for the new design of F1 cars.