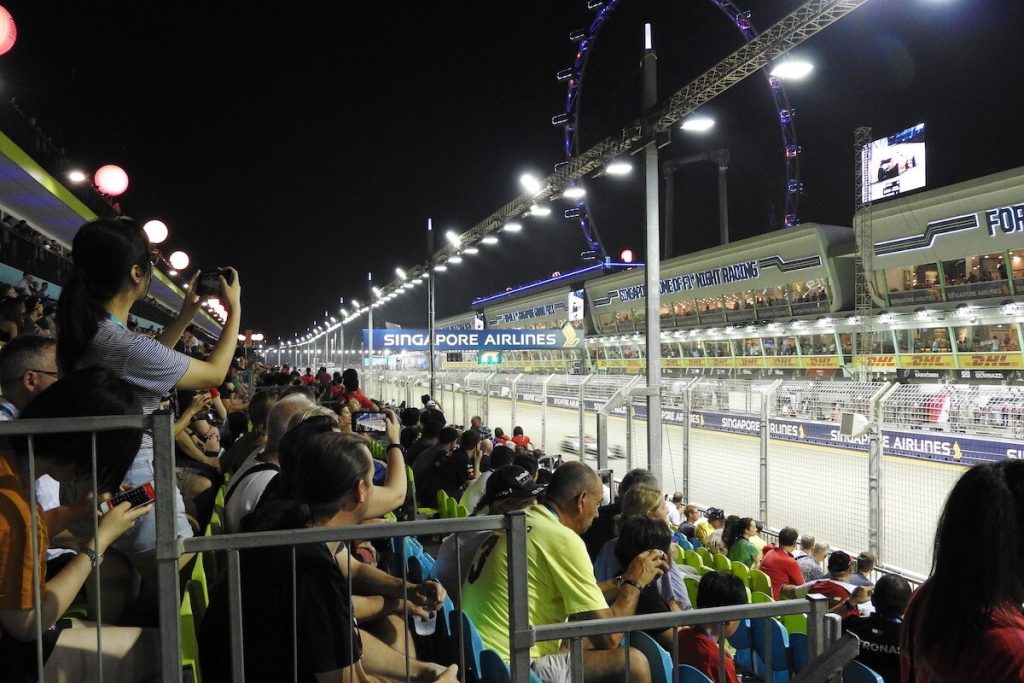 This post will be updated with current travel information closer to the 2021 Singapore Grand Prix. Images © F1Destinations.com.

The Singapore dollar is a strong, stable and well-traded international currency. There are numerous ATMs in Singapore and credit cards are widely accepted. Money changers generally offer competitive exchange rates but be sure to look for the “Licensed Money Changer” sign. Most hotels and restaurants impose a 10% service fee on their bills, so tipping is not necessary. In other situations (e.g. taxis), a tip is welcome but not expected.

Singapore has four official languages – English, Malay, Mandarin and Tamil. Whilst the majority of Singaporeans are of Asian origin (75% Chinese), English is the language of business, government and schools. All signs are in English and the vast majority of locals also speak good English.

The health service in Singapore is world class, but it’s still worth having decent travel insurance in place for the duration of your stay. Most large hotels have a doctor on call, just ask reception. Pharmacies can be found in most shopping centers and are generally open from 9am to 6pm.

Singapore is known for being one of the safest, cleanest cities in the world. Foreigners are more likely to fall foul of the strict local laws than become a victim of crime themselves. If you are caught littering, spitting gum or smoking in an unauthorised public area, the fine will set you back up to $500 SGD. On a more serious note, penalties for drug offences and violent crimes are severe and the death penalty is still in force in Singapore. The crime rate may be low in Singapore, but that doesn’t mean you should be complacent. Be sure to always keep your belongings close to you, particularly on public transport and in crowded spaces where pickpockets can strike.

Singapore has a hot and humid tropical climate. If you have never been to southeast Asia, get ready for a shock, particularly from the high humidity, which averages around 80% in September. The average daytime temperature high in September is 31 °C (89 °F) and the low is around 25 °C (77 °F). Tropical downpours are not uncommon, though they are more likely to occur during the day than at night when the trackside action is on. With its location next to the bay, it can actually get a little chilly at the Marina Bay street circuit after the sunset. If you are prone to sweating a lot, take along a spare top for a quick change during the day/night.

Any tips for Singapore travel? Leave a comment below!