Located in sand dunes near a popular seaside resort town, Circuit Zandvoort hosted the Dutch Grand Prix between 1948-1985 and makes a welcome return to the Formula 1 calendar in 2021.

All images taken at the 2019 Zandvoort Historic Grand Prix by Andrew Balfour. Read the report.

Zandvoort previously hosted the Dutch Grand Prix between 1948 and 1985. It was set to return to the calendar in 2020 after a 35 year-absence thanks to huge local support for Dutch driver Max Verstappen, but this plan has been put on hold by a year due to the coronavirus pandemic.

Unusually located among the sand dunes in a popular seaside resort, the Zandvoort circuit is situated 40km west of Amsterdam on the North Sea coast. The track was the sole host of the 30 previous Dutch Grands Prix. Dutch track designer John Hugenholtz, who designed the Suzuka circuit, is often wrongly attributed as being responsible for the Zandvoort track. Although he had ties to the circuit, it was actually a group of Dutch motorcyclist enthusiasts who designed the track with assistance from Sammy Davis, who won the 24 Hours of Le Mans in 1927.

The circuit opened in August 1948, hosting the “Zandvoort Grand Prix”. That became the Dutch Grand Prix in the following year, and the event joined the F1 calendar in 1952, only two years after the advent of the Modern World Championship. The track made use of communications roads built during the Second World War by the occupying German army. The 1952 and 1953 races were held to Formula 2 specifications, so it wasn’t until 1955 that F1 machinery first took on the challenges of the Zandvoort circuit. The original 4.2km track had multiple elevation changes, and featured fast, sweeping turns, such as the fearsome Tarzan corner. 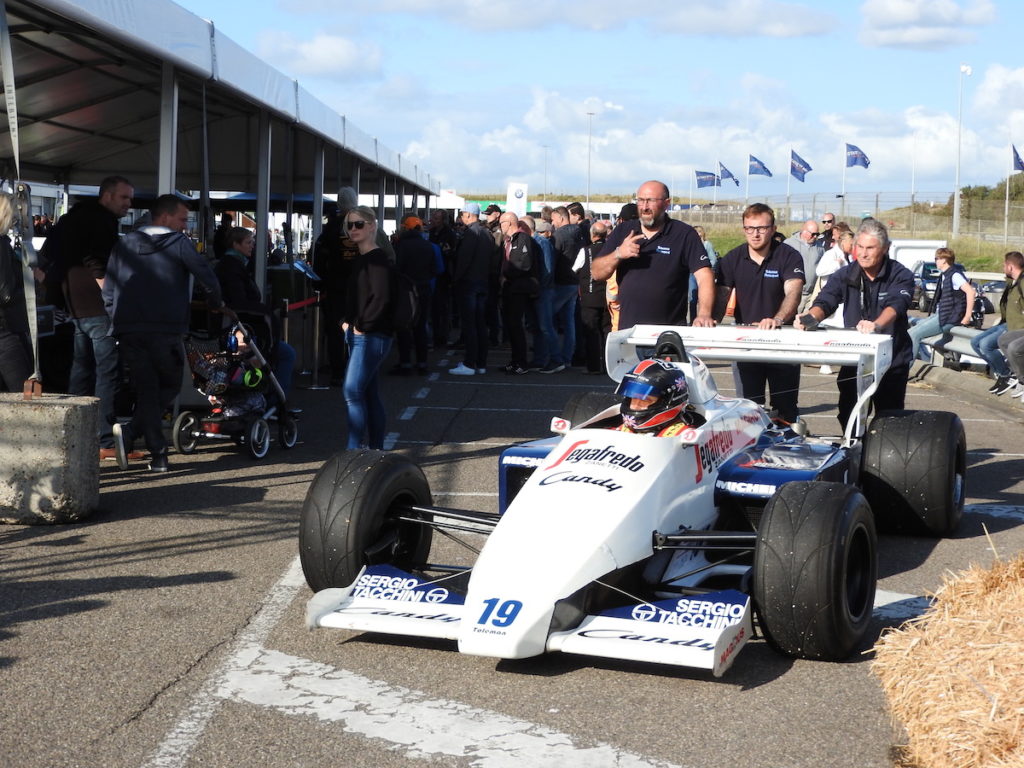 The Dutch Grand Prix was not held every year between 1950 and 1985. Notably, the race fell off the calendar in 1972. There was a push to improve safety at Formula 1 events at the time, especially following Piers Courage’s fatal accident at Zandvoort in 1970. Dutch Grand Prix organisers lacked funds to improve safety, so drivers refused to race there and the event was dropped from the calendar. F1 returned to a much-improved Zandvoort the following year, but tragedy struck as Roger Williamson was killed after his car caught fire following a heavy crash. Despite this, Formula 1 continued to visit the track until 1985, when the company which owned the circuit went out of business. Although the track fell into disuse – and half of the track was sold to a bungalow park company in 1987 – it was modified in 1989 as a 2.6km layout, which became known as “Circuit Park Zandvoort”. By 2001, the track had been extended to 4.3km with new facilities, including a new pit building and new grandstands. Zandvoort has since become a regular fixture in junior categories; many current F1 drivers have experience at the circuit.

After months, if not years, of speculation, the return of the Dutch Grand Prix was finally confirmed in May 2019. The meteoric rise of Max Verstappen is the driving factor behind the event’s comeback. Verstappen is Formula 1’s youngest Grand Prix winner and Dutch fans have boosted attendance figures at races across Europe since his debut in 2015. The grandstands will surely be awash with a sea of orange as the Red Bull driver’s loyal supporters will be out in force at his home event. Though the circuit only has a capacity of just over 100,000, it has been reported that over a million fans applied for tickets to the 2020 race. A sell-out crowd is expected for the first Dutch Grand Prix in 35 years.

The Dutch Grand Prix will replace the Spanish Grand Prix as the opening race of the European season. It will be one of two new races for 2020, with the Vietnam Grand Prix in Hanoi also joining the schedule. An estimated €4 million will be spent on the track to prepare it for hosting the event, with half of the funds earmarked to improve access to the circuit. Some corners, including Tarzan, Scheivlak and Kumho will have extended run-off areas. Other corners will be widened and the start/finish line will be moved to improve the spectator experience. The final corner, Arie Luyendijkbocht, will be slightly banked to allow more overtaking opportunity. Zandvoort holds a contract to host the Dutch Grand Prix until at least 2022.

Dutch Grand Prix: Did You Know?