F1 Sprint Qualifying: What it means for fans trackside

Formula 1 has announced Sprint Qualifying will be trialled at three races in 2021. We take a closer look at how the format will work – and what it means for fans trackside.

What is Sprint Qualifying?

The Formula 1 weekend format is set for a major shake up at three rounds in 2021. At every World Championship event to date, drivers have battled to set the fastest time in qualifying in order to be on pole position for Sunday’s Grand Prix – but that will change with the introduction of Sprint Qualifying.

For the first time, a 100km race on Saturday afternoon – known as ‘Sprint Qualifying’ – will determine the grid for Sunday’s Grand Prix. World Championship points will also be awarded to the top three finishers in the Saturday race (3 for 1st, 2 for 2nd and 1 for 3rd).

The grid order for the Saturday race will be decided using the current qualifying format – which will be held on Friday afternoon, in place of Free Practice 2.

When will the format be used?

The FIA has confirmed that two of the three Sprint Qualifying events will take place in Europe. The Silverstone circuit has confirmed that the format will have its first outing in July at the British Grand Prix. The other two circuits will likely be tracks which offer plenty of overtaking opportunities. Recent speculation suggests Monza and Interlagos will be the other circuits at which Sprint Qualifying is used in 2021.

Why introduce the new format?

Formula 1 has likened the new qualifying format to Twenty20 cricket matches, which were introduced in 2003 to offer a fast paced and more exciting format. Without the need to pit, there will be flat out racing from lights to flag as the drivers fight to secure the best starting position for Sunday’s Grand Prix.

Whether or not the format is actually needed – given the smaller gaps in traditional qualifying and quality of Grand Prix action so far in 2021 – is another matter. Nevertheless, it is good to see the sport trialling something different.

F1’s Managing Director of Motorsports, Ross Brawn, has said that the intention is to “expand the whole weekend”, adding more gravitas to Friday’s on track running:

“We want to give fans engagement throughout the whole weekend. Sunday’s Grand Prix is fantastic, and we don’t want to cannibalise that, but we want to lift up the engagement on a Friday and a Saturday. Friday is really for the aficionados at the moment. Watching practice session on Friday is fun but there is no conclusion to it. But on a Friday now, we’ll have the excitement of the qualifying format. We want to see how fans engage with it and if the short format is appealing, it’s complimentary and if it works with the main race. We feel it will. We feel it’s going to be very exciting.” What does it mean for fans trackside?

Friday’s on-track action had already been cut by one hour for this season, with both Free Practice 1 and Free Practice 2 shortened to a single hour. This is not necessarily a bad thing for fans in the grandstands. Instead of long periods of cars in garages in the former 90 minute sessions, the practice sessions are now more action-packed, with cars on track throughout the practice hours.

The introduction of Sprint Qualifying means that F1 cars will be on track for less time on a Saturday. The sprint race is around a third of the distance of a Grand Prix, so is likely to last for little over half an hour. On the plus side, the bonus is that the Saturday afternoon action should, in theory, be more gripping. 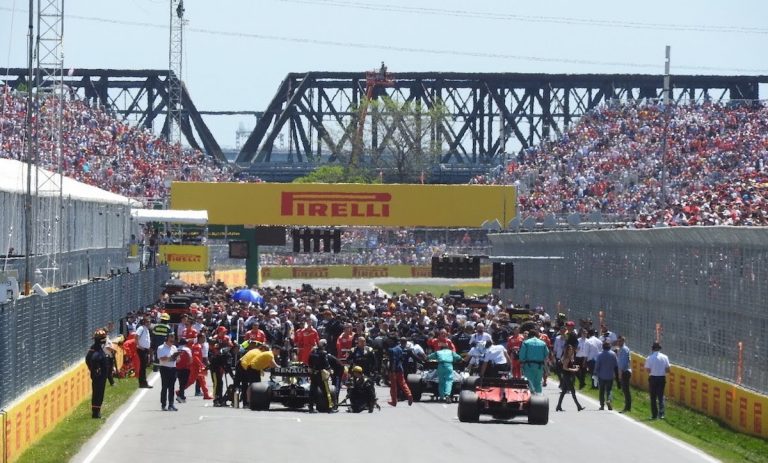 In addition, Friday’s sessions at the selected events will be more meaningful, with Free Practice 2 replaced with the traditional qualifying hour to decide the grid for the Saturday sprint race. This is a major plus for fans, increasing value for money; especially given that Friday’s tickets can often be much cheaper than tickets for subsequent days of the weekend. Free Practice 1 should also become a more crucial session, with teams having just one hour to prepare their cars for the still important Friday afternoon qualifying session.

F1 has been left red-faced by rule changes in the past. The most recent major change to the weekend schedule before 2021 was the introduction of ‘elimination qualifying’ at the start of the 2016 season. The format was used only twice before being scrapped. It seems, however, that Sprint Qualifying has been more fully thought through. The format has gained unanimous support from all ten teams.

Though there may be questions over the need to introduce Sprint Qualifying, the new format seems like a win for fans in attendance at race weekends. It’s also much more positive than previous plans to shorten F1 weekends to two day events – an idea which Stefano Domenicali recently confirmed has been scrapped.

What’s your opinion on F1’s new Sprint Qualifying format? Leave a comment below!