2021 was a year to remember. From the epic title battle, to the addition of new venues and the return of fans to the grandstands, here are five things we loved about the 2021 Formula 1 season!

Was this the most intense and dramatic Formula 1 title fight in history? Max Verstappen and Lewis Hamilton’s season-long duel kept everyone guessing until the very last lap of the Abu Dhabi Grand Prix. The pair dominated the year, scoring no less than 14 1-2 finishes between them: the most for any pairing in a single season.

As with any classic F1 season, it was a year of off-track politics and on-track flashpoints. Hamilton and Verstappen’s collisions at Silverstone, Monza and Jeddah Street Circuit will be the most enduring images from 2021, but there were plenty of magnificent performances by both drivers throughout the year. 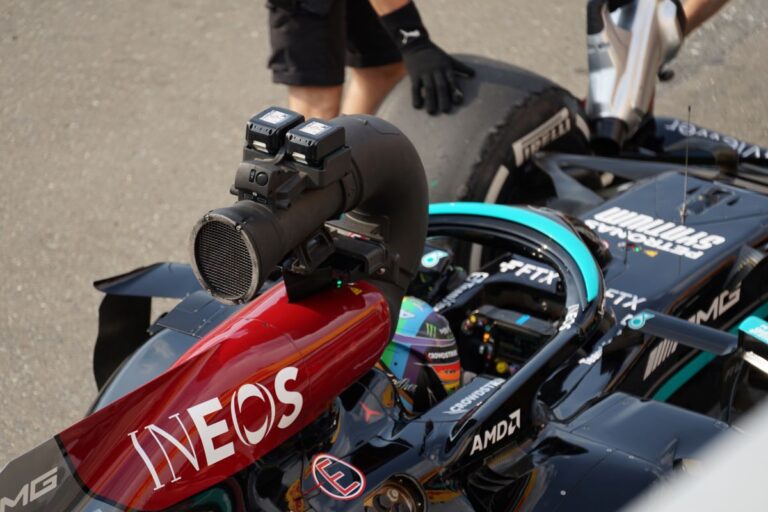 Ultimately, it was Verstappen who came out on top, clinching his first World Championship – and the first F1 title for a Dutch driver. Mercedes won the Constructors’ Championship for an eighth consecutive year after their hardest fought battle so far in the V6 hybrid era.

Two titans of Formula 1 were embroiled in the battle to be best of the rest in 2021. In previous years, McLaren and Ferrari have fought for the title, but their fight for third this year was just as intense. For most of the year, it appeared that McLaren would come out on top in this particular fight. While Lando Norris added three podium finishes to his collection at Imola, Monaco and the Red Bull Ring, Daniel Ricciardo took the team’s first victory in almost nine years at the Italian Grand Prix, with Norris securing their first 1-2 result in over eleven years.

However, Ferrari enjoyed a much stronger year than in 2020. Charles Leclerc secured consecutive pole positions in Monaco and Azerbaijan and came close to victory at the British Grand Prix. Meanwhile, Carlos Sainz racked up four podium finishes over the course of the year, including second at the Monaco Grand Prix. A double top six result for Leclerc and Sainz in Mexico saw them topple McLaren for third in the Constructors’ Championship. They remained there until the end of the year, with Sainz’s third place in Abu Dhabi putting Ferrari almost 50 points ahead of McLaren in the final standings.

With new regulations coming into play next year, could McLaren and Ferrari be battling for an even bigger prize in 2022?

Alonso's return to the grid

The comeback everyone was waiting for finally happened in 2021. Fernando Alonso returned to the grid with Alpine – and he appeared to have lost none of his skill behind the wheel. Still lightning fast and still as wily as ever in his wheel-to-wheel race craft; the latter highlighted by his master-class in defending against Lewis Hamilton at the Hungarian Grand Prix, which enabled team-mate Esteban Ocon to take his maiden Grand Prix win. Alonso returned to the podium at the Qatar Grand Prix. His third place came 146 races since his last podium result at the 2014 Hungarian Grand Prix, setting a new record for the most races between two podium finishes. He also became only the second driver in the last 26 years to finish on the podium at the age of over 40! If the new regulations work in Alpine’s favour, don’t count Alonso out for more podium appearances in 2022.

New venues, and the return of a classic

There were a record-breaking 22 races in 2021. While the coronavirus pandemic prevented races in Australia, Montreal Canada and Singapore from taking place, we instead witnessed a second trip to Algarve International Circuit in Portugal, as well as a return to both Imola and Istanbul Park. Zandvoort also returned to the calendar for the first time in 36 years, with fans out in their thousands to support home star Max Verstappen. The party atmosphere at the Dutch Grand Prix will surely have put the event on many fans’ bucket lists!

There were a further two new additions in 2021 – Qatar and Saudi Arabia, both held at night. F1 raced at Losail for the first time and is set to return to Qatar in 2023 as part of a new ten-year deal. Meanwhile, the Jeddah Corniche Circuit in Saudi Arabia set a new record as the fastest street circuit Formula 1 has ever visited; and the race delivered one of the most dramatic evenings of racing in recent memory.

There’s another new venue to look forward to in 2022, with the inaugural Miami Grand Prix set to take place in early May.

Fans back in the grandstands

After a year of races being mostly held behind closed doors in 2020, fans returned to the grandstands in 2021. There may have still been restrictions in place due to the coronavirus pandemic, but it was nevertheless great to see spectators lining the circuits once again.

Formula 1’s 2021 weekend attendance figure surpassed two million in 2021. The United States Grand Prix was the best-attended race of the year, with over 400,000 visiting Circuit of The Americas over the race weekend. There were further record-breaking figures in Britain and Mexico, while over 200,000 witnessed F1’s return to Zandvoort.

What were your highlights of Formula 1 in 2021? Leave a comment below!