The Logistics Of Formula 1

Ever watch a Grand Prix and wonder how the teams, cars and drivers get from event to event? The logistics of moving the Formula 1 circus between destinations is akin to a military operation. We take a look at how one of the world’s largest sporting events moves between countries on time.

Before the chequered flag has fallen, the pack-up operation is already underway to move F1 onto its next location. The tear-down plan is intricately set out on the Thursday morning before the race weekend begins.
Generally, spare engines can be packed up ready for transit on Saturday evening or Sunday morning, as there’s not enough time to change an engine between the end of parc-ferme and the start of the Grand Prix. The time available to get everything operational at the next venue between back-to-back races is just three days; with the road trip between Spa and Monza at the start of the second half of the season being one of the tightest turnarounds of the year. It’s not uncommon for circuits to be completely cleared of F1’s presence as little as 8 hours after the Grand Prix ends. 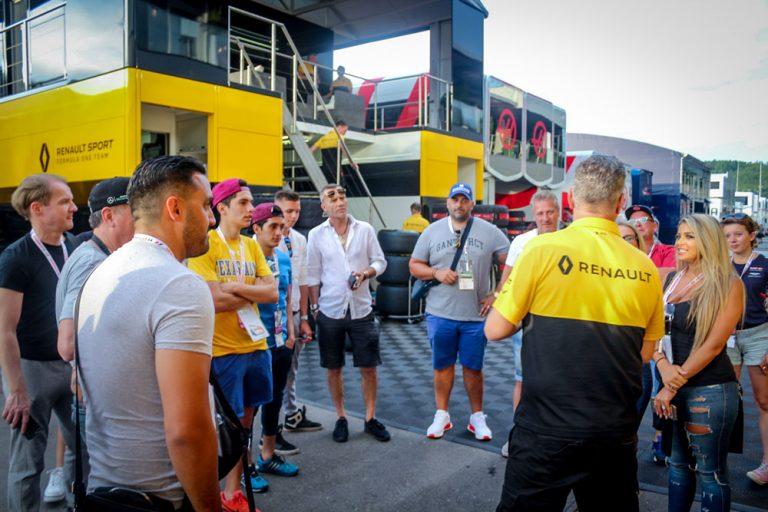 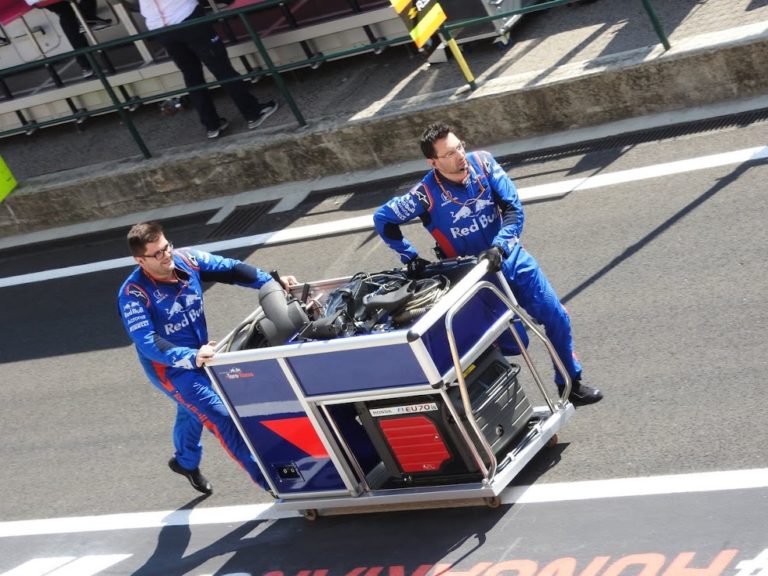 Almost every member of the team has their own role in helping with packing up the garages. The garage walls are de-constructed, and computer racks – and the miles of cabling that go with them – are packed away. Engines and tyres are usually returned to their manufacturers and the cars themselves have to be dismantled, but this can only be done after the FIA have finished their inspections to check each car’s legality. For the European races between the Spanish and Italian Grands Prix, the majority of the teams’ equipment is transported by road to save money. That includes the team’s lavish motorhomes, which are dismantled by another team of people and then packed into trucks, and then driven to the next event.

If it’s not a back-to-back race weekend, cars will be flown back to the teams’ factories to be repainted. Suspension and wiring is checked and replaced if needed and then the machinery is packed once again and driven to the airport. Ferrari, Toro Rosso and Sauber’s cargo will meet at a mainland European airport, while the British teams’ goods arrive at the East Midlands airport. From there, the crates are handed over to DHL, F1’s official logistics partner, and are loaded onto cargo planes which are chartered by FOM. The teams still have to pay for this service, though.

DHL have over 35 years of experience in the field, making the most of land, air and sea travel to ensure that every aspect of the world’s fastest sport, from team equipment, tyres and fuel, to hospitality and catering goods, is always delivered on time. F1’s relationship with DHL is one of the most critical; without it, the show simply wouldn’t exist. The job done by DHL can be compared to that of the work carried out by an F1 team during a pit-stop; a mass of people coming together to ensure a job gets done as efficiently and safely as possible, choreographed to perfection. DHL’s impressive statistics:

Logistics become even more complicated for the Grands Prix held outside of Europe. The way in which everything is shipped depends on a variety of factors, including the distance between venues and the amount of time available.

To cut down on costs, some equipment is sent by sea. Teams begin shipping five lots of cargo out for the first five fly-away races of the season in January. Typically, the cargo will be sent on rotation around the world. For example, after the Australian Grand Prix has finished the sea freight will be sent to the sixth fly-away race of the year in Singapore and stored there until the Grand Prix weekend in September. 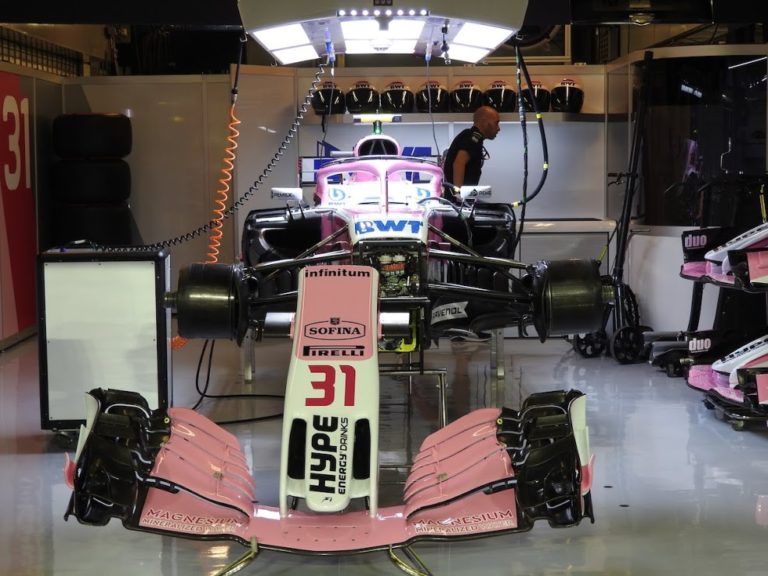 Back-to-back fly away races such as Singapore and Russia can be the most challenging logistically, as there are only three days to get goods over 7,8000km from Singapore to Sochi. That, coupled with a changing time zone , makes it an extremely tight schedule!

The team will pack priority pallets for each Grand Prix, which include all the essentials to set the garages up, such as computers and garage walls. These arrive at the next circuit first, on the Tuesday after the last race. Customs checks are sometimes carried out at the circuits themselves rather than at the airports, in order to speed things up. For both fairness and safety, the team’s crates are placed in the pit-lane of the venue and are not allowed to be accessed until every team’s cargo has arrived. Once this has all been set up, more cargo – including the cars themselves – will arrive on the Wednesday, with the same protocol taking place. By Wednesday afternoon, everything in the pit-lane and paddock is fully operational and ready for media day on Thursday.

A number of factors can make the logistical operation even more trying. Formula 1’s first ever triple header in 2018 proved a testing time, with three races on three consecutive weekends across Europe. Some teams used alternate motorhomes for the middle weekend of the triple-header. For the 1,600km journey between the Red Bull Ring and Silverstone, each truck had three drivers to ensure the cargo never stopped moving aside from fuel stops.

Elsewhere, weather factors can cause headaches for everyone involved. The tight turnaround between the Mexican and US Grands Prix in 2018 was almost derailed by a hurricane which had made landfall in Florida. The teams’ sea freight which was headed to Mexico was due to be delayed until the Thursday before the race – leaving too little time to set up. DHL had to think quickly and find a solution. They took the identical kit which had been used by the teams at the US Grand Prix to Mexico and sent it by road, as is the norm for the European races, immediately after the Grand Prix, eliminating the need for sea freight. Quick thinking is essential to ensure that Formula 1 always arrives on time.

And all of that, of course, is just the logistics of taking the trucks, motorhomes, cars and equipment from race to race. Factor in the large number of hotel rooms which need booking, hire cars which need to be found, food which needs buying, catering arrangements which need organising and internet connectivity which needs setting up and, all in all, the race before the race can be even more chaotic than the Grand Prix itself!

3 thoughts on “The Logistics Of Formula 1”